anouconcept brings to the table immeasurable experience, confidence and pride in their work. We have made our mark in the events and PR industry with high-profile, successful launches of various films, services and products and offer you accessibility to our established network of media, celebrities, influencers in our country.
As part of a recent expansion, anouconcept now has an experienced national PR team on board and available 24/7 to tailor build any campaign. Our dedicated and enthusiastic publicists have decades of experience in film, TV,
music and corporate PR with strong, loyal national media relationships.

The Faces You’ve Been Waiting For 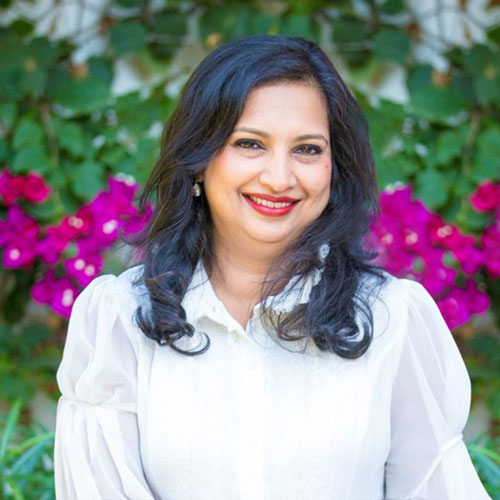 As founder and Managing Director of anouconcept, a next-generation agency known as an "integrated agency" with a turnkey approach, I have overseen the execution of hundreds of successful events within the entertainment and sporting industries in across Australia and abroad. Specialising in Marketing and Publicity, anouconcept has evolved to cater to the small to medium-sized clients looking for a company to develop workable solutions. My team of live event specialists, publicity gurus and production powerhouses break through conventional boundaries using our strategic, creative skills and varied industry experiences to achieve campaign objectives. We use a multi-faceted approach through our global background and offer integrated and comprehensive services. 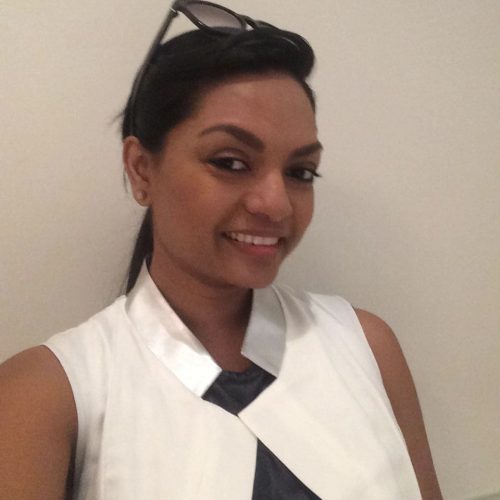 A tenured Marketing and Events professional who is a driven and dynamic individual with over 13 years of experience across entertainment, manufacturing, education, aviation and hospitality industries nationally and internationally.

Her Marketing career began when she joined Gulf Air 13 years ago and continued at Regional Express under the Corporate Communications department, Garnering solid experience in different areas of Marketing Communications catapulted her into the ranks of Marketing Manager at Open Colleges (Cengage) and Rondo before she found her niche in anouconcept where she was able to integrate her passion for Marketing and a natural flair for events management.

Phrase to live by
Keep your mind active by shutting down disbelief. Companies I have worked with
I have been with anouconcept for ten years and have developed professionally in many areas of the business, including IT, Digital Technology, Product Development and Financial Management. A key milestone in my career has been the opportunity to lead the Digital & IT team and spearhead many important projects such as the Digital Ticketing and other proprietary systems for our film-based clients.

Phrase to live by
Think twice before you speak, because your words and influence will plant the seed of either success or failure in the mind of another. Greg is an investment banker and a chartered accountant and has been extensively involved in the Investment Banking industry for over 35 years. He provides significant hands on corporate advisory and strategic experience to Anouconcept.

I started my career as an auditor at Price Waterhouse Coopers and moved Macintosh securities (now Merrill Lynch) as GM and was promoted to CEO then as COO of ANZ McCaughan and HSBC Jams Capel. In 1997 I commenced work as a investment banker and corporate advisor.

Phrase to live by
Make it happen. Georgina has over 16 years experience entertainment PR.
Starting her career at Roadshow Films, she was given the opportunity to manage the PR for over 600 films, talent handled and managed over 70 high profile touring talent, secured over 250 cover stories and 1000’s of interviews.
Although the majority of Georgina’s career was spent at Roadshow Films, she has also worked for a number of other companies inc. Shock Records, Working Dog, Austereo and Universal Pictures.

Phrase to live by: “don't let anything dull your sparkle” 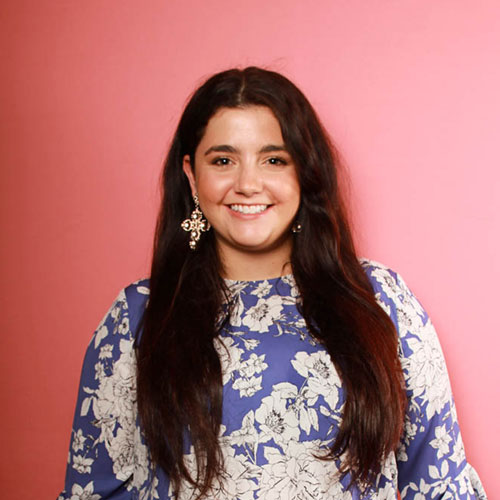 I began my career and passion for publicity and events at Roadshow Films, starting as an Events Assistant. And soon after I progressed through to become Publicity Assistant then Publicity and Events Assistant AUNZ to Junior Publicist AUNZ. Over that time I have worked on over 100 film properties ranging in genre from Arthouse to Horror to Romance to Blockbusters and Franchise films. Each campaign consisted of local and international talent access and large scale events.

Phrase to live by: If you stumble, make it part of the dance. 24 years in Advertising, Marketing and Communications, specialising in all areas of Communications, Creative and Content Strategy, UX Design and Copywriting.
My first foray into Communications began with an Editorial/PR Assistant in a local Theatre Production company. I ventured into publishing and writing Annual Reports before becoming a Senior Copywriter for a boutique advertising agency. I was fortunate to be given the opportunity to head a Corporate Communications department for Regional Express where the team saw the airline through its IPO launch at the ASX and in two short years, established all areas of Communication especially in investor and community relations, corporate branding. The latter years were spent setting up a creative collective, consulting for non-for-profit and humanitarian organisations in Creative Services, Communications and UX Design.

Phrase to live by: Always give without remembering and always receive without forgetting. Years of Experience
Over 25 years as a technical director, designer and producer in theatre, bands, events and exhibitions in Australia, New Zealand and Asia

Companies I have worked with
I designed and produced my first fashion show in Wellington NZ using labels such as Standard Issue, Karen Walker and Zambesi. This led to 2 years of lighting design for various theatre shows then being invited to tour with a new up and coming band called “Supergroove” 3 years later, a triple platinum album and sell out tours across the country I landed in Melbourne and returned to the theatre. Starting in Melbourne at the Victorian Arts centre working on many major shows including Anything Goes, Crazy For You, Sunset Boulevard as well as great ballet and dance companies such as Bucket Dance Co, New York City Ballet, The Australian Ballet I then moved to design and produce events using the knowledge gained from theatre shows and designing concerts touring with bands such as The Badloves, Leonardo’s Bride, Paul Mac and Missy Higgins.

Other activities include :
Antarctica development for the Melbourne aquarium Develop set up and run ‘Rock the schools’ tour Sportsgirl fashion events (various)
Da Vinci exhibition (Melbourne, San Francisco & Macau) Creepy Creatures exhibition for the Melbourne aquarium Lighting display for Melbourne Central (2 years)
Festivals such as Rhumba, M One, Stereosonic and the Chillout Festival in Daylesford.
Activations for Peroni across the United Kingdom, Kia at the Australian Open, Qantas at the Grand Prix.

Phrase to live by
Things will change! 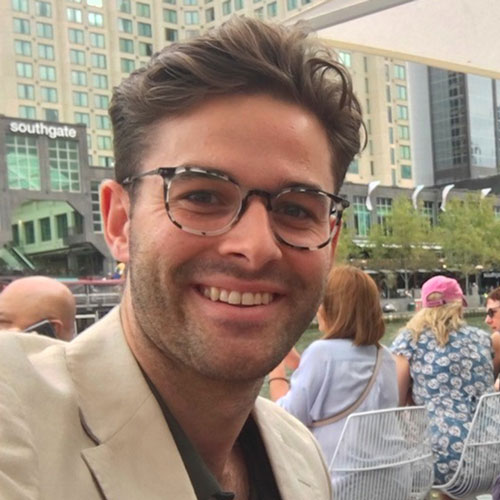 Head of Digital and Marketing

With experience across the entertainment industry, team sports and digital marketing, Blake brings a big picture view to all things digital with anouconcept. Having spent 3.5 years in the USA playing College Football and earning a Masters in Sports Management, Blake now heads up anouconcept's digital & marketing services with an eye for comprehensive guest management, messaging and the future of technology. 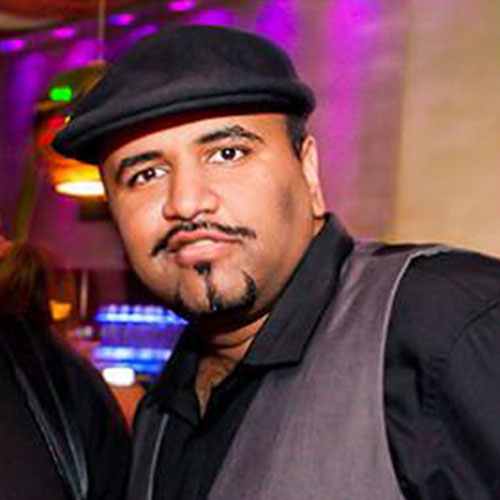 Rajen has over 18 years of experience in the IT industry with extensive Institutional and Entertainment project portfolios as well as experience managing large, complex multi-use software projects. He began his career as an Assistant Technical Support Officer and evolved into positions including Technical Projects Manager, Project Executive for notable IT Firms in Australia and Asia Pacific. Working in IT, Creatives, Events and Operations environments, Rajen has a vast understanding of software and experiential projects.

In his role as Senior IT Project Manager at anouconcept,Rajen fosters an environment of teamwork and ensures that strategy is clearly defined while creating technical innovations, overseeing UI / UX directives and executing various platforms and systems. His strong communication and client service skills enhance anouconcept’s’ process-driven management and #CanDo philosophy.

Phrase to live by:
Always Expect the Unexpected. 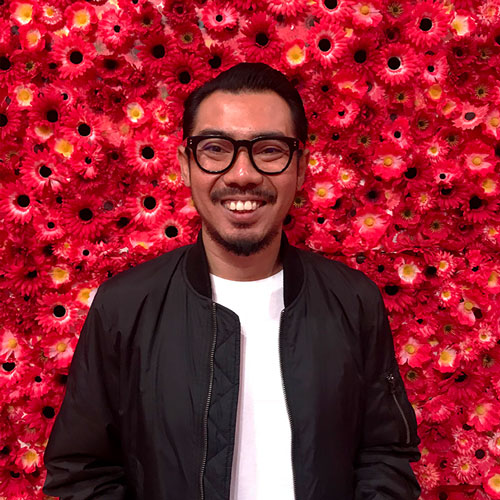 Phrase to live by: Honour the past but never look back.

I started my career at Track and Field as an intern in the pattern and specs department whilst studying at BA of Design (Fashion) at RMIT university. From here I was contracted by Sportsgirl to work as a collaborative designer on an upcoming range which was then followed by working in their fashion forecasting department. In 2012 I joined Anouconcept as a production assistant and have worked my way up to becoming a production manager. I am a point of contact for 6 clothing manufacturers/suppliers within Australia that produce/provide school uniforms/club uniforms. These clients include, On Track Sportswear, Buxwear, JS Sports, Designer Paintworks, Chilli Promotions and Bob Stewart. Daily tasks including client communication, setting up of new styles, reproduction/ customisation of existing styles, production planning and communication with our local and offshore factories/suppliers.

Phrase to live by?
The only way is up 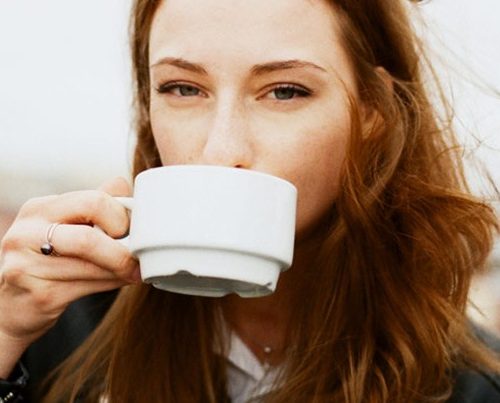 Danni started her career as an Event Producer in New York City. Working with well known beverage focused clients such as Heineken USA, Perrier, Dos Equis and Jack Daniels. Danni started out as a junior event production assistant working her way up to Event Producer. Producing large-scale events all over the United States, Danni eventually returned back to Melbourne and found herself freelancing as an Event Manager for events and companies such as The Royal Melbourne Show, Westfield Centres and Disney.
She has been apart of the Anouconcept team since September 2017

Phrase to live by;
A comfort zone is a beautiful place but nothing ever grows there

Callan is an energetic and fun-going person who loves to travel and be outside, he is from country Victoria and is forever a country kid at heart. Callan is currently studying a Bachelor of Marketing at RMIT University. A favourite TV show of his is Black Mirror.

Phrase to live by: Everything happens for a reason

Callan is an energetic and fun-going person who loves to travel and be outside, he is from country Victoria and is forever a country kid at heart. Callan is currently studying a Bachelor of Marketing at RMIT University. A favourite TV show of his is Black Mirror.

Phrase to live by: Everything happens for a reason

Some of the fun and amazing moments we witnessed 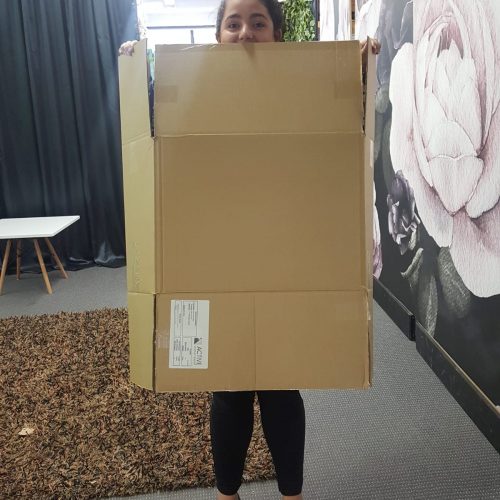 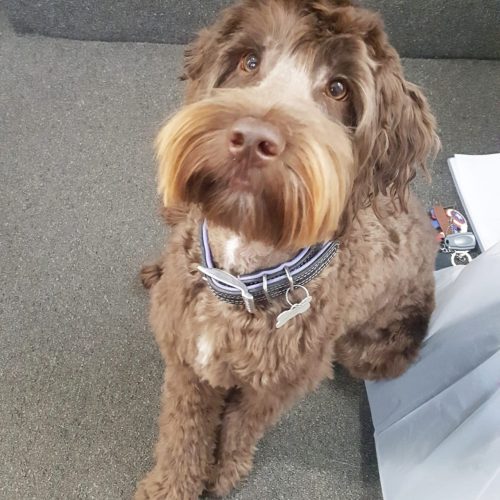 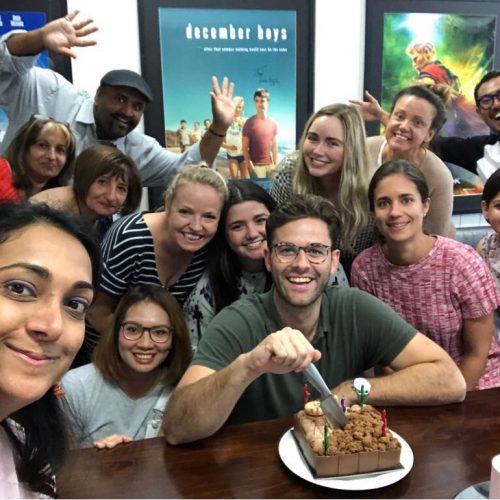